This series is made with flat glass lenses filtered through sunlight, at various points in the day. The inclination of the sun in relation to the paper permanently changes the appearance from the work.

The voluminous appearance in the series is simply from the effect of the sun through the lens. The shadow indirectly creates this physical and optical effect.

Cyanotype is a photographic printing process that gives a cyan-blue print. Two chemicals are used in the process. The English scientist and astronomer Sir John Herschel discovered this procedure in 1842. A positive image can be produced by exposing it to a source of ultraviolet light or sunlight. The process was popular in engineering circles well into the 20th century. The simple and low-cost process enabled them to produce large-scale copies of their work, referred to as blueprints. 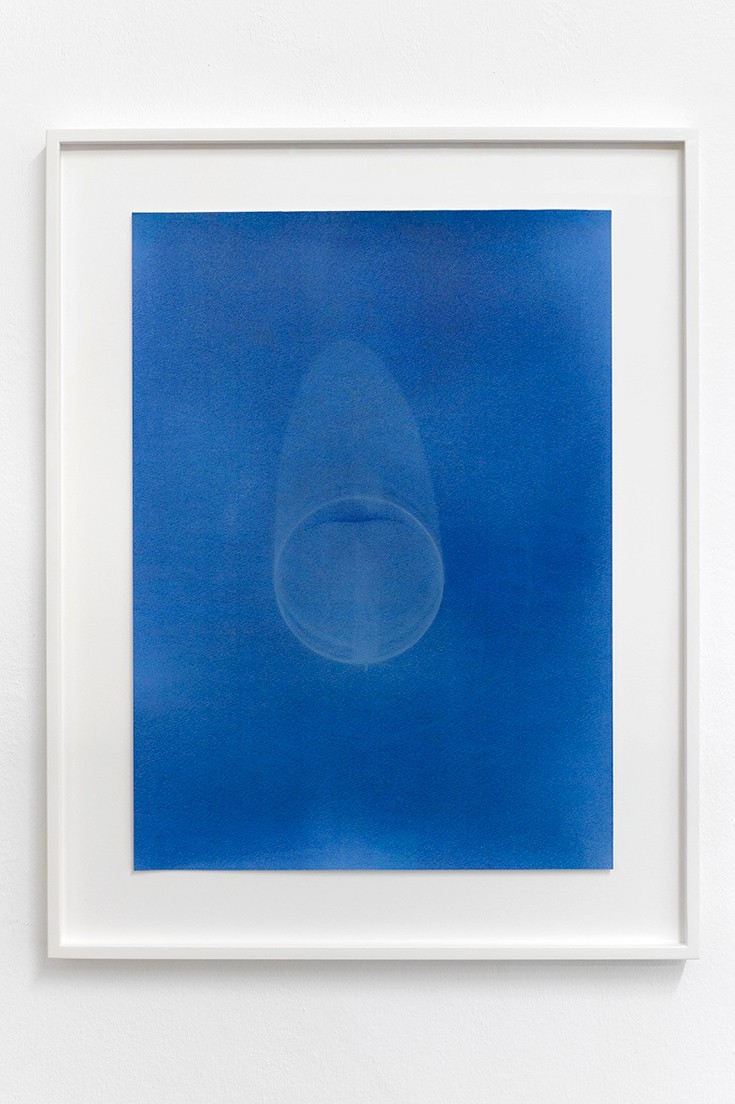 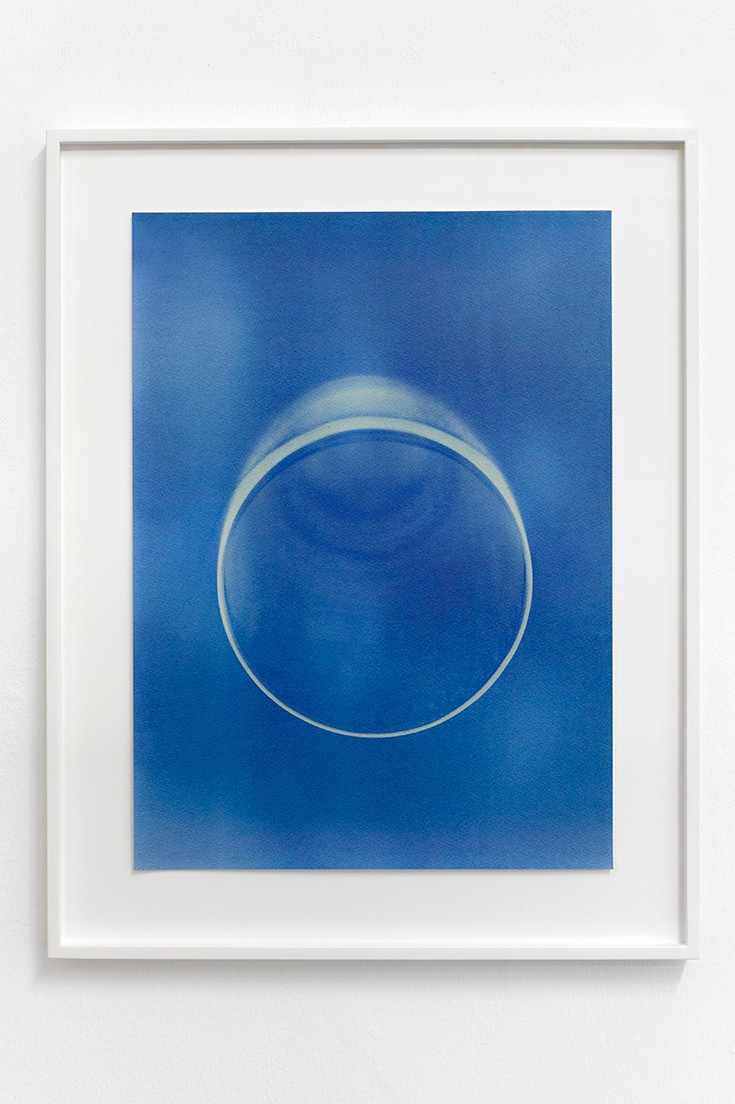 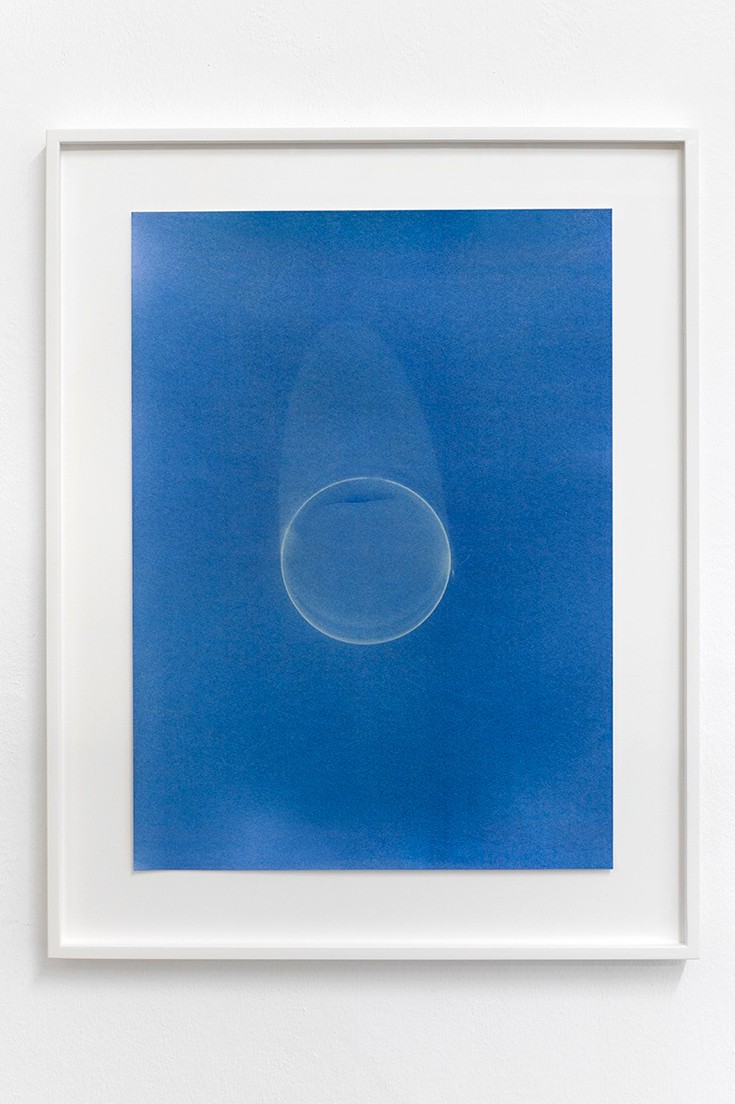